Parenting (and pregnancy!) through a crisis

2020: A year that will no doubt be etched in our minds forever. The worldwide spread of COVID-19 has been an unprecedented crisis producing untold uncertainty. And for many, anxiety has been through the roof. For my little family and I however, we were thrown head first into a different sort of crisis just 18 months earlier. It’s a story for another day, but let’s just say a devastating diagnosis turned our world upside down just a few months before I gave birth to our second son.

A crisis is difficult at any stage of life but being pregnant during one certainly ramps it up a notch. Hormones are flowing, your body is aching, emotions are all over the place, and the sleep deprivation is real – more than enough to deal with, thank you very much! But life doesn’t stop throwing you curveballs just because a baby is on its way. I have thought many times about the thousands of babies born during lockdown and their brave parents.

With every kiss and cuddle the potential damage can be reversed.

When my anxiety was at an all-time high (think constant pounding heart, panic attacks and insomnia) I asked my midwife if my unborn baby would be ok. She reassured me that healthy babies are born in the middle of wars all the time. “He’ll be fine” she said. I wasn’t so sure, so I did some digging and found out that short term anxiety during pregnancy is actually a good thing. The stress hormone cortisol is essential to healthy brain development, but it’s when the anxiety is severe and prolonged that it may cause issues later in life. And even then, it was encouraging to discover that a close bond with the baby outside the womb can neutralise the possible effects of anxiety in the womb; the love hormone oxytocin compensating for any elevated levels of cortisol in the baby’s system. So, with every kiss and cuddle the potential damage can be reversed.

Thankfully, the bond I had with my baby boy was incredibly strong. In fact, I wonder if the strength of our connection was because of the difficult circumstances. He was just what I needed during a very stressful season. And yes, the midnight feeds and constant nappy changes may have added to my stress at times, but the joy he gave me far outweighed the inconvenience.

The phrase ‘pick your battles’ rang especially true for us during that time.

A health crisis, pregnancy and a newborn were not the only features of 2019. The year was also dominated by a very busy and extremely talkative three-year-old; the perfect recipe for A LOT of chaos. Toddlers may struggle to articulate how they’re feeling but it’s fairly obvious when they are anxious. It typically plays out in tantrums and clinginess, and in our case, what we thought was an unhealthy obsession with his dummy. Out of desperation we reached out to Jenny Hale, one of the family coaches at Parenting Place. Jenny reassured us that now was not the time to be ditching the dummy (or ‘me-me’ as our son liked to call it). We had enough going on, she said, and if it was giving him comfort, then that was okay and he would give it up when he was ready. It was just what we needed to hear because it was only a few months later that he decided on his own accord to “give me-me to the rubbish truck”. So, in the bin the dummy went, never to return! We were so proud of our little boy. The phrase ‘pick your battles’ rang especially true for us during that time.

Another phrase that rang true for us was ‘annus horribilus’, which is Latin for ‘the terrible year’. 2019 really was our terrible year. And just when we were starting to come out the other side, bam! COVID hits. But you know what? We’re okay. If someone had told us that after all we had been through, 2020 would bring a deadly virus, shutting our country down and forcing us to stay at home for seven weeks with two young kids, we would shake our heads in disbelief. How the heck would we cope? But humans are resilient and creative creatures. From bear hunts to online yoga sessions, I have been amazed at what we will come up with to get by.

We learned early on to not be afraid to reach out and ask for help.

Our terrible year was marked with Netflix and ice cream every night once the kids were in bed, a daily ritual that kept my husband and I going. And then if things really start to fall apart, there is always help on hand (like Parenting Place!). We learned early on to not be afraid to reach out and ask for help. So be encouraged. We are testament to the fact that living through a year of crisis during all the ups and downs of parenting (and pregnancy!) is manageable. In fact, our beautiful boys gave us a profound sense of joy and hope for the future. This too shall pass! 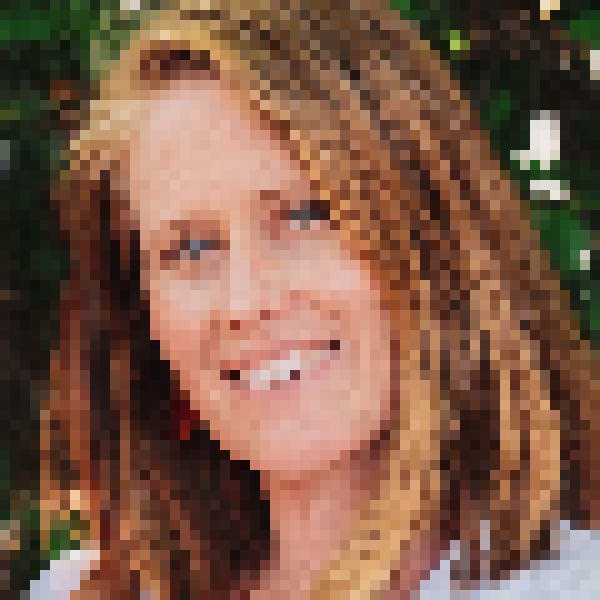 In a former life, Carly Roberton managed fundraising events for some of Aotearoa's leading charities. After becoming a mum, Carly re-examined her career and decided to make the jump from the chaotic world of event management to the somewhat calmer world of writing. With two young boys who never (ever!) stop, calm is what she craved. And with writing being a passion of Carly's from a young age, it was the perfect fit. Carly is a regular contributor for OHBaby! Magazine, and is also a freelance copywriter.