Some of my best mates recently went away on an epic, four-day hunting trip. Like myself, they’re also dads, and the chance to get away into the wilderness for a few days and pretend that we live in a post-apocalyptic hunter-gatherer society doesn’t come up very often. Due to prior family commitments, I wasn’t able to make this particular expedition, but I did make it to the KFC drive-thru three times that weekend.

After they had returned, one of my mates and I were talking about the hunt and all the antics that had gone down over the trip. We’re both pretty fresh to the dad scene, and so I asked him the obvious question:

“So bro, how many times did men’s postnatal mental health come up on the hunting trip?”

To which he replied, “Fortunately, zero.”

He was just kidding with the “fortunately” bit, but not about the zero.

I admit, this isn’t a typical post-hunt question. It's the type of question that you ask when you are in the middle of writing an article about men’s postnatal mental health. However, the fact that this isn’t something we often talk about as a group of 30-something dads is intriguing.

Over the past twenty-ish years, New Zealand has seen an explosion of public kōrero, media and education targeting men’s health and wellbeing and typical ‘Kiwi’ attitudes on the subject. Thankfully, there has been a cultural shift, and it’s far more common and acceptable for men to talk about how we’re feeling now. I’m just not sure that we’ve quite figured out how to take these new and improved post-90’s attitudes and apply them to the way in which we talk about dadhood.

Weren’t men supposed to just get on with it? Work hard, suck it up and if anything ever got too full on, just head outside and mow the pain away?

Since becoming a dad, I have actually found myself laughing out loud at the ridiculousness of that staunch, emotionless paternal archetype, usually while I’m mowing the lawn. I’m even beginning to think there is a correlation between lawns that look like bowling greens and male emotional repression.

The struggle is real

To be completely honest, I’m not even sure if I had a single emotionally stable day in my first three months of being a dad. Sometimes it was amazing, but there were plenty of days where I felt as if my life would never be enjoyable again.

I didn’t actually experience postnatal depression, but after going through what I can only assume was a fairly typical first-time parent experience, I completely understand why one in ten men struggle with anxiety or depression after their child’s birth.

A great response only requires one thing: honesty.

That’s why we need to talk about it.

It doesn’t have to be that hard either. You don’t have to ask your mates how many times they discussed male postnatal depression while they were hunting.

The easiest question to ask is this: “So bro, you just had a kid. How’s that going for you?”

A great response only requires one thing: honesty.

I don’t typically have a problem with being honest as most of the time I am fighting the opposite battle – being too honest. This often gets me into trouble at restaurants, and is also the main reason why I now do most of the cooking at home.

However, it’s far from easy fessing up about how much you’re struggling when you’re a new dad, especially if it feels like your partner is doing so much of the work.

Besides, you’re a man, so feeling like you might have to admit that trying to keep a glorified Tamagotchi alive is actually overwhelming and you may be nearing breaking-point, can be kind of difficult.

It took me a while, but when I finally began being honest about this with some of my more experienced dad mates, I couldn’t believe the feedback I received. Most of it went along the lines of:

“Bro, I know! Those first few months are so relentless”

“One day I was so over it I considered just getting in the car, driving to Bluff and attempting to swim to Stewart Island. That seemed easier than carrying on parenting.”

Conversations like these have been a massive help in surviving the biggest challenge of my life so far: being a dad.

As my honesty about my mental health and experience of dadhood has increased, so has my ability to manage the feelings of stress, anger and being trapped that inevitably arise from time to time. Perhaps the best part, other than having mates to talk and empathise with, is the simple fact that some of the worst moments also make for the best laughs. And that’s what us dads need - a chance to be honest, laugh, cry and complain about not being able to go on more hunting trips.

Conversations like these have been a massive help in surviving the biggest challenge of my life so far: being a dad.

Symptoms of male postnatal depression and anxiety can include:

• A loss of appetite

• Irregularity of sleep (even when the baby is not disturbing you)

If it is an emergency and you feel like you or someone else is at risk, call 111. 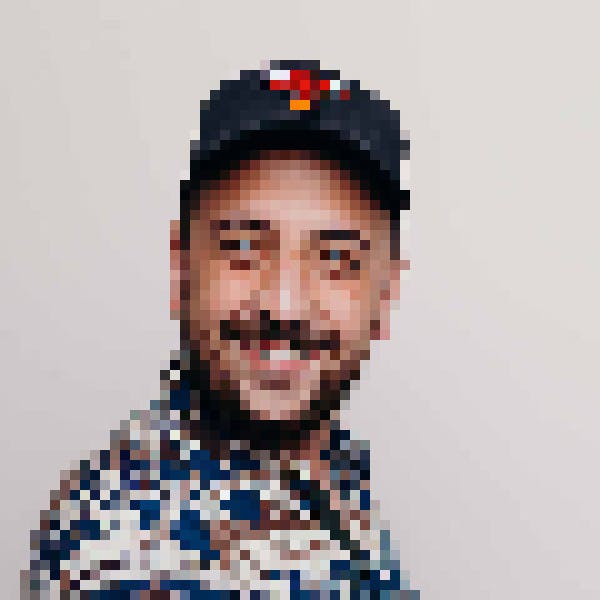